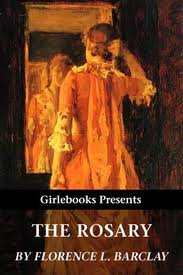 The 1910's were a lot different from today, but in some ways they were the same. There were lots of inventions being created back then, wars, and other occurrences. One of the similarities was people could just sit down and read anytime they wanted to just like today. Their books were quite different from what they are today though. Some of the most popular best selling books were:
1910: (fiction)
The Rosary by Florence L. Barclay, The Wild Olive by Basil King, The Window at the White Cat by Mary Rinehart, Molly-Make Believe by Eleanor Abbott
1911:(fiction)
The Iron Woman by Margaret Deland, The Long Roll by Mary Johnston, The Harvester by Gene Porter, The Winning of Barbra Worth by Harold Wright
1912:(fiction)
The Street Called Straight by Basil King, The Melting of Molly by Maria Daviess, The Net by Rex Beach, The Just and The Unjust by Vaughan Jester, and more.
1913:
The Judgment House by Sir Gilbert Parker, Heart of the Hills by John Fox, Pollyanna by Eleanor Porter, The New Freedom by Woodrow Wilson, and many more.
1914:
The Eyes Of the World by Harold Bell Wright, The Salamander by Owen Johnston, Inside the Cup by Winston Churchill, The Devil's Garden by W.B. Maxwell, The Fortunate Youth by William J. Lockie, etc.
1915:
A Far Country by Winston Churchill, The Harbor by Ernest Poole, The Turmoil by Booth Tarkington, Pollyanna Grows Up by Eleanor Porter, and more.
1916:
Seventeen by Booth Tarkington, Mr. Brittling Sees it Through by H.G.Wells, Bars of Iron by Ethel M. Dell, Nan of Music Mountain by Frank H. Spearman, The Real Adventure by Henry Kitchell Webster, The Heart of Rachel by Kathleen Norris, and others
1917:
The Light in the Clearing by Ivering Bacheller, The Red Planet by William J. Lookie, Wildfire by Zane Grey, The Road to Understanding by Eleanor Porter, In the Wilderness by Robert Hitchens, and Laugh and Live by Douglas Fairbanks.
1918:
The Tree Of Heaven by May Sinclair, Greatheart by Ethel Dell, The Mayor by Ralph Connor, A Daughter of the Land by Gene Stratton Porter, and With the Colors by Everard J. Appleton.
1919:
The Four Horsemen of the Apocolapse by V. Balsco Ibanez, The Desert of Wheat by Zane Grey, The Sky Pilot in No Man's Land by Ralph Connor, The Arrow of Gold by Joseph Conrad, and The Years Between by Rudyard Kipling.

Many people like to just sit down and watch movie or something when they're bored. In the 1910s movies were starting to come out, some horror films, romance, westerns, and drama. Many films from the 10s have been improved and reformed, there have been sequels and continuous modifying of films throughout time. Not all the movies that were popular back then are listed below, they are just some of many.