William Howard Taft was in office from 1909 to 1913. He was the 27th president of the US and lived from September 15, 1857 to March 8, 1930. He graduated from Yale in 1878 and Cincinnati Law school in 1800. He married Helen Herron on June 18, 1886, not too many years after that he had three children by the names of Robert Alphonso, Helen Herron,  and Charles Phelps. He was of the republican party. He grew up in a wealthy home with parents with political and military experience. Unfortunately he was the fattest president weighing about 332 pounds, and was six feet tall. He had an even temper but often was lazy, and it was hard for him to do the tasks at hand. He preferred law instead of politics he was a horrible politician. The previous president Theodore Roosevelt started him off by making him the Secretary of War and later on letting him become his successor in 1907. 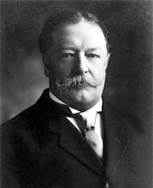 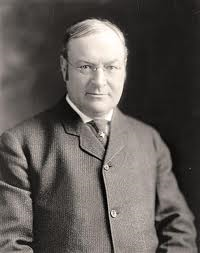 He served as Vice President with William Howard Taft from 1908 to 1912. He was born on October 24, 1855 and died on October 30, 1912, he died and was born in Utica, New York. His grandfather, Willett Sherman, ran a glass factory and his father, Richard Sherman, who worked for an editing company. His mother's name was Mary Frances Schoolcraft Sherman. In 1874 he graduated from Whitestown Seminary he also attended Hamilton college and received a law degree, graduating in 1878. He married Carrie Babcock of New Jersey in 1881 and had three children. At the age of 29 he was elected as mayor of Utica 1886, replacing the displeasure he got from his father when he switched to the republican party. He served 10 terms in the House of Representatives. When Taft requested that he serve as a liaison to the White House and congressional leaders, but he refused. After the experience, Taft realized he had lost his re-election because he went on the conservative wing of his party. As listed above he was elected vice president of the United States,
unfortunately he died a week before the re-election date. The cause of his death was a disease called Bright's disease, a deadly and serious kidney disease, he didn't get to see Taft beat in the election. 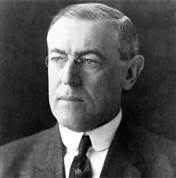 He was born on December 28, 1856 and died on February 3, 1924. He was the 28th president of the US and was elected for two terms. He married Ellen Louise Axson, but later on she died so he remarried to a woman named Edith Bolling Galt. He graduated from Princeton and University of Virginia law school. People started to see his political skill and at first they wanted him to become Governor of New Jersey. He got nominated for president of the US in 1912 and later he got re-elected in 1916 by just a few votes. In 1970 he lead the US into World War 1. While in office he put into motion the Underwood act, with it graduated Federal income tax, the Federal Reserve Act, and a Federal Trade Commission. He died taking a tour to mobilize the Treaty of Versailles, he suffered from exhaustion. His 14 point were where he tried to create peace in the nation. 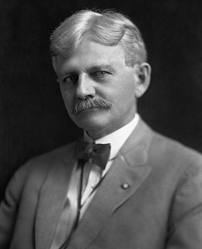 He served as vice president when Woodrow Wilson was in office, which made him the 28th vice president. he was born on March 14, 1854 in North Manchester and died on June 1, 1925 in Washington DC. he married a woman named Lois Irene Marshall and his parents were Daniel M. Marshall and Martha Patterson. In 1873 he graduated from Wabash College. He practiced law for 35 years and was nominated for governor of Indiana in 1907. He was a really good and forceful speaker and opposed woman suffrage. While he was in office he complained his job was usless and explained nobody ever shoots at a vice president. Even though Wilson didn't personally like him, he still accepted the job in a good manor. Not long after he was elected his lack of enthusiasim caused his job to suffer, but still Wilson kept him for his seond term. When Wilson was impacted with a heartattack, Marshall refused to take his place and when Calvin Coolidge was elected  as the new vice president Marshall begged him to take his place.
Powered by